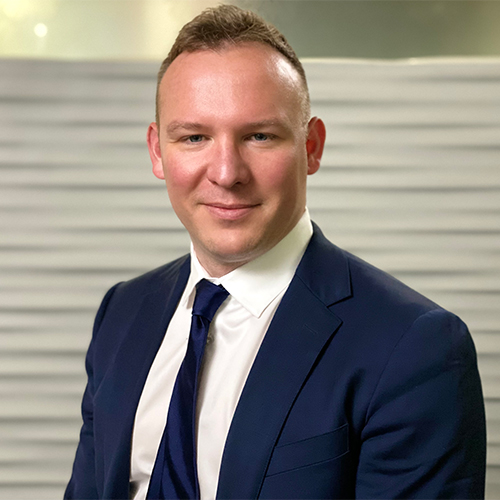 At the Weinberg Foundation, Aaron Merki serves as chief program officer and is responsible for leading the program team in distributing approximately $140 million in annual grants, all focused on improving the lives of people experiencing poverty in the United States and Israel.

Under Aaron’s leadership, the Foundation has prioritized strategic and collaborative approaches to grantmaking, focused on achieving measurable impacts within the communities that we serve. He has also overseen the streamlining of the Foundation’s grantmaking within the areas of Housing, Health, Jobs, and Education, enabling the Foundation to focus greater resources on select funding priorities and initiatives.

Prior to his current role, Aaron served as a program director at the Foundation and was responsible for grantmaking focused on aging and older adult services, which is now covered under the Foundation’s Housing and Health portfolios. In that role, Aaron helped lead the expansion of Housing Upgrades to Benefit Seniors (HUBS) in Baltimore City, a collaboration of nonprofits, city government, and philanthropy to enable low-income older adult homeowners to remain independent by providing home modifications and repairs, occupational therapy, and wraparound services. To date, the Foundation has invested $9.3 million in this initiative, which has enabled more than 2,500 older adults to age in place.

Before coming to the Weinberg Foundation, Aaron served as the executive director of FreeState Justice, dedicated to improving the lives of Maryland’s LGBTQ citizens through legal services and advocacy. From 2010-2013, Aaron worked as a corporate litigator at Venable LLP where he represented a range of Fortune 500 companies, in addition to smaller businesses and individuals. From 2008-2009, Aaron clerked for the Honorable Judge Susan K. Gauvey of the United States District Court for Maryland. He earned his Juris Doctor degree from the University of Maryland School of Law and his Bachelor of Arts in political science from the University of Maryland Baltimore County (UMBC), Phi Beta Kappa, where he was a Walter Sondheim Public Affairs Scholar.

Other past and present leadership roles include service on the boards of Grantmakers in Aging, the Public Justice Center, The Journey Home, and FreeState Justice.