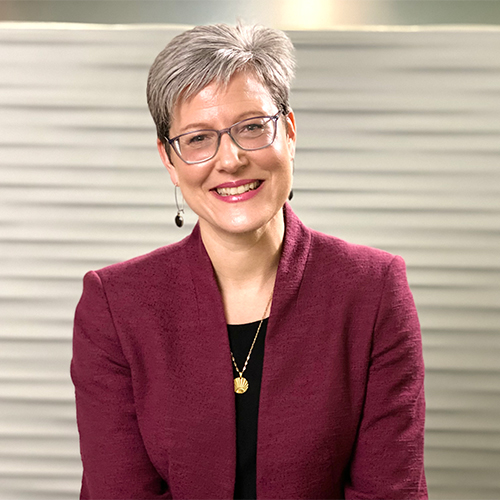 Ms. Kleine launched and co-chairs the Baltimore network of Funders Together to End Homelessness and represents the Foundation in Funders for Housing and Opportunity, a collaborative to improve outcomes for precariously housed renters.

Her most recent position before joining the Foundation in 2008 was with Jhpiego, an international nonprofit organization affiliated with Johns Hopkins University. Ms. Kleine managed the global Cervical Cancer Prevention program, implementing low-cost screen-and-treat programs in numerous countries. Ms. Kleine’s other duties with Jhpiego included program officer for the US government-funded ACCESS Maternal and Newborn Health program and team leader for the Asia/Near East region. Ms. Kleine served with the United States Peace Corps in Morocco as a community health volunteer from 1997-1999 and the United States Crisis Corps in San Isidro, Nicaragua, where she worked as a community development agent.

Author or co-author of numerous well-regarded publications and presentations on women’s health issues in the developing world, Ms. Kleine has lived and worked in many countries, including Ecuador, Nicaragua, Peru, Haiti, Morocco, Ghana, Malawi, South Africa, Thailand, Indonesia, and the Philippines.

Ms. Kleine is a magna cum laude graduate of Kalamazoo College, where she earned a bachelor’s degree in international and Latin American studies, as well as a membership in Phi Beta Kappa. She obtained a Master of Public Health degree from the University of Michigan School of Public Health and also earned a certificate in women’s and reproductive health. Ms. Kleine also holds a master’s degree in social work, concentrating on management of human services, from the University of Michigan. Ms. Kleine was named “Spirited Woman Rising of Baltimore 2010.” She is a graduate of the Greater Baltimore Committee’s Leadership Class of 2012 and was named a Leading Woman Under 40 by the Daily Record in 2013. She completed the Leadership Maryland program in 2015. In 2018, she was honored as one of Maryland’s Top 100 Women by The Daily Record. In 2019, she completed the Harvard High Potentials Leadership program.

Ms. Kleine lives in Catonsville with her husband and daughter.