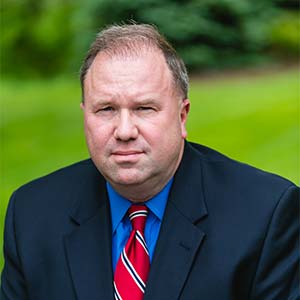 Craig Demchak leads the strategic planning and execution of all Foundation communications projects and initiatives.

His responsibilities include media outreach; execution and oversight of creative content, including web and graphic design, as well as video projects and photography; social media management; Israel Mission coordination; and events planning and logistics. Craig will be retiring from the Weinberg Foundation in October 2022.

Craig worked in television news for more than 30 years. He began his career in radio at the age of 15 and went on to report, anchor, and/or manage his way through stays at WBOC-TV/Salisbury, MD; WTAJ-TV/Altoona, PA; WHTM-TV/Harrisburg, PA; WBFF-TV/Baltimore, MD; WTTA-TV/Tampa, FL; and Sinclair Broadcast Group. He is a seven-time Emmy winner, including two for news writing.

Over many years, Craig has served with several nonprofits either as a volunteer or in a leadership role.

Craig enjoys photography, scuba diving, skiing, cycling (with motor and without), golf, Israel Mission trips that go as planned, and inexpensive wine that tastes like it isn’t. He and his wife Marybeth have been married for more than 20 years, and they have a daughter who is also married.

He earned a Bachelor of Arts in sociology from the University of Maryland, College Park.