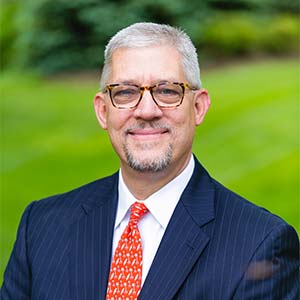 Jonathan Hook was named the first chief investment officer for the Weinberg Foundation of Owings Mills, Maryland in May 2014. He is responsible for managing the Foundation’s investment portfolio, which totals approximately $3.3 billion, and the first internal investment team at the Foundation. The Foundation is one of the largest private foundations in the United States. Its purpose is to assist low-income and vulnerable individuals and families through nonprofit grants to direct-service providers and programs.

Prior to joining the Foundation, Hook was the first chief investment officer at two separate universities, Ohio State University in Columbus, Ohio and Baylor University in Waco, Texas. At both, he created and managed the university’s Office of Investments to manage the long-term investment pool, which included its endowment funds. In both instances, he was charged with developing a new asset allocation policy, building an investment team, and charting a new path for the institutional capital of each school. As a result of his efforts, he was honored in 2005 as the “Endowment Officer of the Year” by Foundation and Endowment Money Management magazine for the school’s top performance that year. In 2010, Ohio State was awarded “Best Large Endowment of the Year” for its new asset allocation plan, performance, and turnaround from the global financial crisis. In 2015, Hook received the award for Investment Office Re-Design from Institutional Investor and has been named multiple times as one of the “Top 30 Chief Investment Officers at Foundations” by Trusted Insight, one of the largest online professional networks for institutional investors.

Prior to moving to the institutional investing field, Mr. Hook spent 20 years in the corporate and investment banking fields, finally as a senior vice president with First Union Securities in Atlanta, Georgia. Throughout his career he focused on origination in the energy sectors specializing in oil and gas exploration and production, oilfield services, and utilities. He also spent several years covering the business services sector. Responsibilities included origination and delivery of public debt and equity offerings, private placements, syndicated lending, derivatives products, and capital management services.

Throughout his career, Mr. Hook has been an active fundraiser for many charitable and civic organizations, including United Way, Boys and Girls Clubs, the Metro Atlanta Chamber of Commerce, the Baylor Bear Foundation, the Ohio State Campus Campaign, and Pelotonia, one of the most successful bicycling fundraisers in the US for cancer research. He graduated from Willamette University with a Bachelor of Science in economics and sociology and from Baylor University with his Master of Business Administration in finance. Hook serves on the advisory board of FEG Investment Advisors, one of the nation’s leading institutional investment consulting firms.