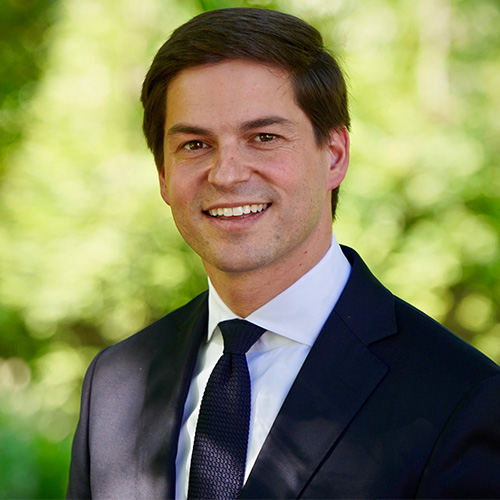 Kevin joined The Harry and Jeanette Weinberg Foundation in 2019 after spending just over 12 years in state and local government.

At the Foundation, he will provide leadership related to the Program Team’s increasing focus on data, accountability and evaluation, and strategy and will provide support in a range of other areas, including working with the Jewish grants team to develop strategies for Jewish grantmaking in the US.

Just prior to joining the Foundation, Kevin held several roles in local government including Chief of Staff to Baltimore County Executive Don Mohler and Policy Director to former County Executive Kevin Kamenetz. Prior to Kevin’s work in local government he spent almost eight years in a variety of leadership roles in Maryland state government working for the Secretary of Public Safety and Correctional Services and serving for several years in the Governor’s Office of Homeland Security. His work at the state included the development of prison population reduction strategies, improvement of pre-trial and community supervision policies, as well as identifying partnerships with nonprofits and foundations focused on retuning citizen re-entry programs. He also has experience working with former Maryland Governor Martin O’Malley’s “State Stat” team, focused on promoting data driven policy and government accountability in State government.

Kevin has held numerous past and present leadership roles in the community, including service as a Commissioner on the Baltimore City Community Relations Commission and the Board of the Baltimore Jewish Council. He is currently Chair of the Baltimore Jewish Council’s Leadership Development program. He earned is B.A. in Economics at Lehigh University, is a graduate of Leadership Maryland’s Class of 2015, and a 2012 Living Classrooms’ Rising Star. Kevin and his wife Tace live with their son Fenton in Baltimore’s Mount Washington neighborhood.