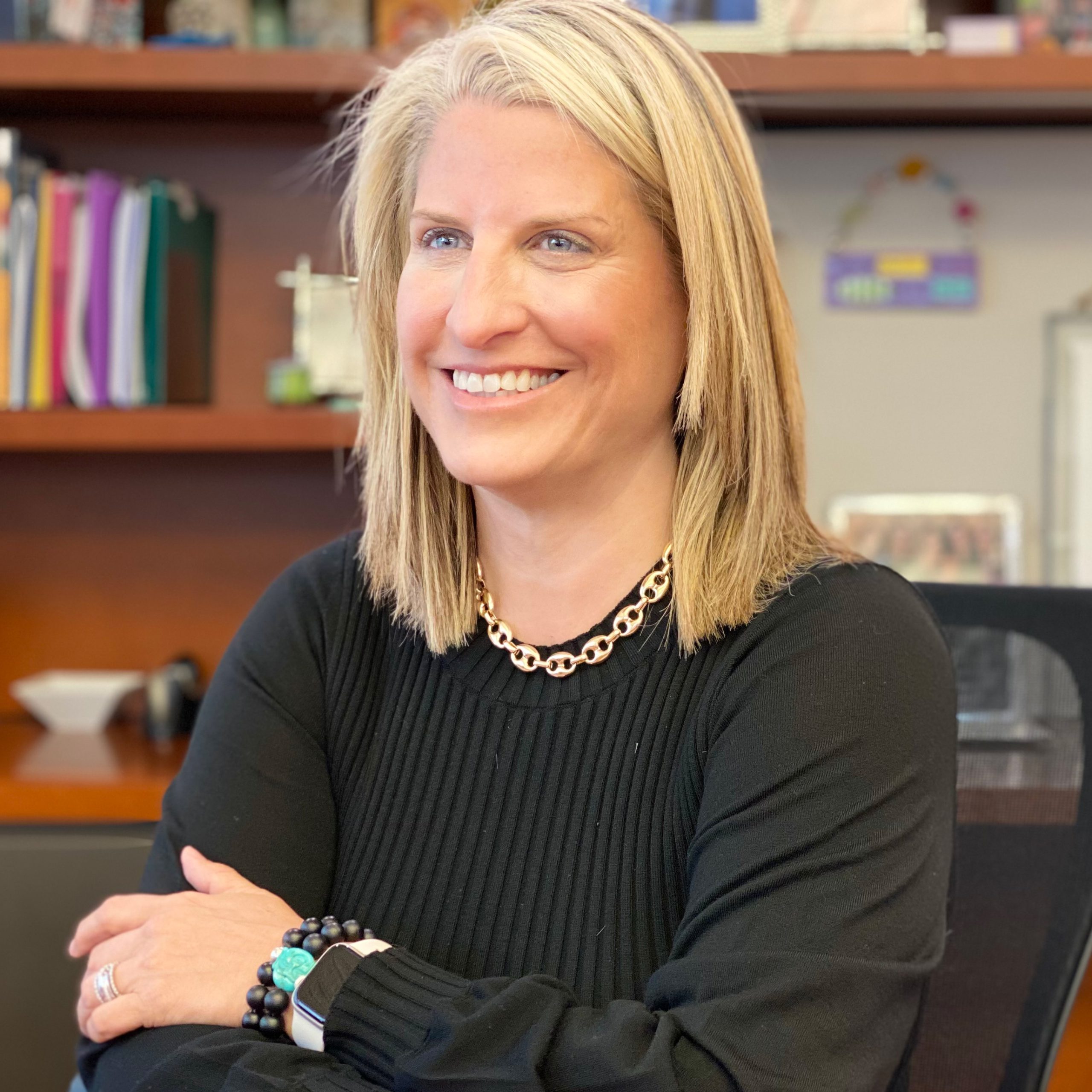 Rachel Garbow Monroe, President and CEO, leads The Harry and Jeanette Weinberg Foundation—one of the largest private foundations in the US. She joined the Foundation as its first-ever chief operating officer in 2005 and was promoted to president and CEO in 2010. Monroe oversees more than $3.3 billion in assets as well as annual grant distributions to nonprofits of $140 million, in addition to directing professional growth of the Foundation—from a handful of staff in 2005, to 70 professionals across offices in Baltimore and Honolulu. Working closely with the Board, Monroe serves as Chair of the Program (Grants) Committee, and the most senior staff member of the Investment Advisory Committee. She monitors legal matters pertaining to the Foundation and interfaces with outside counsel. Monroe launched diversity, equity, and inclusion (DEI) initiatives across the Foundation. Monroe also successfully manages Board governance and succession efforts. In the last six years, four of the five trustees concluded their terms, and today the Board is represented across the US and in Israel by five diverse, exemplary individuals. Monroe is also credited with the successful rebranding of the Foundation over the course of the past decade.

The Foundation has a wide geographic reach. In the US, the Foundation distributes grants across the country, with a focus on New York City, Chicago, San Francisco, Northeast Pennsylvania, Honolulu, and Baltimore. In Baltimore in particular, Monroe works closely with elected officials, as well as leaders in business, nonprofit, government, and philanthropy, to build strong partnerships for the Foundation. Internationally, the Foundation provides more than $18 million in annual grant funding in Israel. Monroe travels to Israel frequently, having made more than 50 trips representing the Foundation. She also is passionate about leading an annual mission to Israel for roughly 30 influential leaders from Baltimore and other communities across the US where the Foundation works. She created the Israel Mission Alumni Scholars program, which includes several hundred leaders across the US who maintain a close connection with Monroe and the Foundation.

Monroe spearheaded the Foundation’s response to the COVID-19 pandemic, which included two initial rounds of funding totaling $10.5 million to nonprofits operating within priority communities throughout the US and Israel. Millions of dollars of grant payments were also accelerated to nonprofits ahead of schedule, and reporting requirements and deadlines were relaxed. The Foundation also provided 60 renewal grants totaling almost $7 million to nonprofits with grant funding cycles that would have otherwise concluded in 2021.

During her tenure, Monroe has been a leader and a change agent in noteworthy ways. She was instrumental in the creation and launch of more than a dozen major Foundation initiatives, including the $15 million Baltimore Elementary and Middle School Library Project, which leveraged an additional $30 million in funding. By 2024, 19 libraries will have been built or renovated, serving nearly 9,000 Baltimore City Public School students and their families. She also helped create the following programs/initiatives: (1) the Small Grants Program, which supports smaller nonprofits with a streamlined grant application and review process and has awarded more than 600 grants totaling just over $26 million to date; (2) the Baltimore Summer Funding Collaborative, a partnership between public, private, and nonprofit organizations that support high-quality summer programs serving low-income children and youth in Baltimore City, which includes more than a dozen funders and roughly $5 million in support this summer; (3) the Biennial Community Gatherings in Baltimore, Honolulu, and Israel, with more than 1,200 community leaders in attendance; and (4) the signature Employee Giving Program, whereby each employee of the Foundation makes a $20,000 grant to a nonprofit that meets the Foundation’s mission and also has personal meaning to the employee. The next Employee Giving Program, scheduled for May 2022, will distribute more than $800,000 in one day.

In the Jewish community, Monroe helped lead many new collaborative projects for the Foundation, including a $12 million partnership with the Foundation for Jewish Camp to increase accessibility for campers and staff with disabilities, resulting in more than 38 camps receiving funding to date and impacting more than 28,000 campers; a major National Affinity Group on Jewish Poverty collaborative with more than 650 professionals across the country focused on addressing poverty within the Jewish community and already distributing more than $6 million in funding; and a first-ever Hawai’i Jewish Leaders Convening with nearly 80 Jewish community leaders.

Monroe is a highly respected leader in the philanthropic sector, dedicated to making a profound difference in the lives of vulnerable populations. Monroe serves on the President’s Advisory Council of the Greater Baltimore Committee and on the Board of the Kolker-Saxon-Hallock Family Foundation; she is a judge for Maryland Daily Record’s Top 100 Women; and she is an ex-officio Board member of Baltimore’s Promise. Monroe is a member and prior co-chair of the Tarrytown Group (an international group of 40 CEOs representing some of the largest foundations and federations in the Jewish community). Monroe has also served as an alumni admissions council volunteer for Northwestern University. Monroe was the founding co-chair and a committee member for Viewpoints, a new series of programs at the Center Club, designed especially for women in the Greater Baltimore region to gather, share, and listen to a diverse range of voices and topics. Prior board roles include Leading Edge (a national nonprofit working to improve workplace culture and leadership in the nonprofit sector focused on the Jewish community), the Center Club of Baltimore, the Greater Baltimore Committee, and Ronald McDonald House of Maryland. Previous professional roles include chief operating officer for The Associated: Jewish Community Federation of Baltimore; the worldwide director of marketing for the architectural firm Skidmore, Owings & Merrill; and marketing manager for the Jewish Community Centers of Chicago. Monroe was also an adjunct faculty member at Johns Hopkins University where she taught a graduate nonprofit marketing course at the Institute for Policy Studies.

Monroe’s speaking engagements range from serving as the presiding mistress of ceremonies at the Community Memorial Tribute Service for Maryland Congressman Elijah E. Cummings, to being an interviewee on Sirius XM’s business radio show Leadership Matters. Monroe has interviewed the Librarian of Congress Dr. Carla Hayden, as well as former US Senator Barbara Mikulski on various stages. Monroe was also a speaker for the Robin Hood Foundation’s No City Limits: Reimagining the Poverty Fight Conference in 2019.

Monroe was recognized in the Maryland Daily Record’s Power 100 (2021); the City & State New York Philanthropy Power 50 list (2020); Baltimore Business Journal’s Power 10 CEOs (2019); Maryland Daily Record’s Influential Marylanders (2019); JPRO Network’s Mandelkorn Distinguished Service Award (2017); and SmartCEO Magazine’s CEO of the Year (2016).  In 2012, she was named to the Forward 50, the news magazine’s list of the 50 Jewish-Americans “who have made a significant impact on the Jewish story.” Previously, Monroe was recognized by The Maryland Daily Record as an Influential Marylander (2010) and as a three-time recipient of Maryland’s Top 100 Women (2011, 2009, and 2007), placing her in the “Circle of Excellence.” In 2006, the Baltimore Business Journal named Monroe to its “40 Under 40” list.

Monroe’s published writing includes a 2019 Washington Post Op-Ed entitled, “It’s time to change the narrative on Baltimore. There’s a lot worth celebrating” https://www.washingtonpost.com/opinions/local-opinions/its-time-to-change-the-narrative-on-baltimore-theres-a-lot-worth-celebrating/2019/04/26/2ada2d6c-5af8-11e9-842d-7d3ed7eb3957_story.html and a 2017 Baltimore Sun Op-Ed entitled, “Here’s how to end the culture of sexual harassment” https://www.baltimoresun.com/opinion/op-ed/bs-ed-op-1208-speaking-out-20171207-story.html.

With a Bachelor of Arts from Northwestern University and a Master of Management from its J.L. Kellogg School of Management, Monroe has also participated in several national and local leadership programs, including the Wexner Heritage program, the Mandel Executive Development program, and the Leadership Program of the Greater Baltimore Committee. Monroe is married to Joel Monroe, and together they have three adult children and a timid rescue dog. Monroe is dedicated to her daily yoga practice, enjoys travel, and is working hard to bake the perfect biscotti.