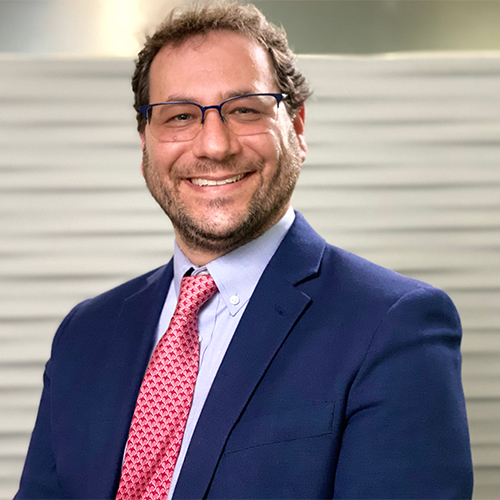 Rafi Rone serves as a program director for Israel and the Jewish community throughout the US for the Weinberg Foundation.

Rafi joined the Foundation in January 2016 after serving as the vice president of Jewish & Israel initiatives for the Joseph and Harvey Meyerhoff Family Charitable Funds for five years. He has more than 25 years of community relations and community development experience working on behalf of the Jewish community, covering four continents and dozens of Jewish communities. Rafi was stationed in the Former Soviet Union, Israel, and Eastern Europe for the American Jewish Joint Distribution Committee (JDC), and he previously worked at the Baltimore Jewish Council as deputy director, at the Jewish Federations of North America as director of education and training, and at Birthright Israel.

Rafi served on the Governor’s Commission on Middle Eastern Americans from 2010-2015, also serving as its vice-chair from 2012-2015. He was a member of the Greater Baltimore Committee’s LEADERship Class of 2018, has served on The Associated: Jewish Federation of Baltimore’s Israel and Overseas Commission, and was also a founding board member of Leading Edge, a partnership of Jewish foundations and organizations to build a robust talent pipeline for Jewish organizations.

Rafi has taught and consulted widely on topics including everything Israel, Jewish peoplehood and identity, leadership development, philanthropy, cross-cultural training, and generational divide.

Rafi’s Master of Public Administration degree is from Columbia University’s School for International and Public Affairs, where he was awarded the Picker Prize for Public Service while serving as co-president of the MPA student body. His Bachelor of Arts degree is in history and politics from Brandeis University. Rafi was a Wexner graduate fellow, was a Ralph Goldman international fellow at the JDC, and has studied at both the Pardes and Hartman Institutes in Jerusalem, Israel. Rafi lives in Baltimore with his wife, Rabbi Dana Rone Saroken, and their three children.