Weinberg Foundation grants $1,000,000 in emergency funding in response to Russia’s invasion of Ukraine 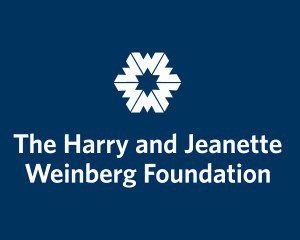 In response to the growing humanitarian crisis created by Russia’s invasion of Ukraine, The Harry and Jeanette Weinberg Foundation has announced a total of $1,000,000 in emergency grants to longtime Foundation partners who are on the front lines assisting refugees, many of whom are Jewish.

On February 24, 2022, Russian forces invaded Ukraine, launching a war that has already resulted in substantial devastation and loss of life. Ukraine gained its independence following the dissolution of the Soviet Union in 1991 and has operated as a peaceful democracy since. Following the Russian invasion, hundreds of thousands have already been forced to flee across borders into neighboring Poland, Hungary, Moldova, and other European states. In the Jewish community, there are approximately 200,000 Jews in Ukraine: 60,000 are in Kyiv, 40,000 each in Dnipro and Harkov, with the remainder scattered across Odessa and the rest of the country.

The Weinberg Foundation today announces the following grants as part of a total emergency funding package of $1,000,000. The Foundation, with the assistance of its partners on the front lines, will continue to assess the scope of humanitarian needs, including the possibility of additional emergency grants.

The Weinberg Foundation’s response to other recent emergencies and disasters includes $18 million in COVID emergency funding to existing grantees; $250,000 in response to the 2021 US multi-state tornado outbreak; $100,000 to support those affected by the 2021 collapse of the Champlain Towers condo building in Florida; $200,000 in response to the 2020 wildfires in Northern California; $1.2 million in response to the 2018 Tree of Life Synagogue mass shooting; and $500,000 each in the wake of 2017 hurricanes Irma (in Florida) and Harvey (in Texas). The Foundation also supported Israel in times of crisis, including $500,000 in emergency relief during the 2012 missile attacks in Israel and $700,000 for services supporting those affected by the Gaza conflict in 2014.

Funds will support both short-term needs—including shelter for those displaced from their homes, emergency food, and case management—as well as longer-term responses
Read More »